A huge fire broke out on Wednesday evening in a market in Ajman, an emirate of the United Arab Emirates located approximately 30 miles from Dubai.

Although the fire did not kill or injure anyone, parts of the market completely collapsed and burned down, Sheikh Sultan bin Abdullah al-Nuaimi said in a statement, by Reuters.

Authorities rushed to the scene, blocking the area where an investigation will be opened, he added.

A fire and smoke are seen at a market in the emirate of Ajman, United Arab Emirates, August 5, 2020 in this photo obtained from social media.

Several firefighters were dispatched to the scene and it took them over four hours to bring the blaze under control.

Workers in nearby markets told reporters that the flames quickly engulfed the area and threw thick plumes of black smoke into the air.

Proximity Ajman Specialty Hospital was evacuated as a precaution.

Due to the coronavirus pandemic, the market had been closed for several months and there weren’t many people nearby.

The Ajman fire comes a day after a pair of explosions rocked Beirut’s industrial waterfront, killing more than 100 people and injuring 4,000 others.

Previous Coronavirus: Ajman’s government offices to resume Sunday with 30% staff – News
Next Huge fire breaks out in Ajman market, about 50 kilometers from Dubai 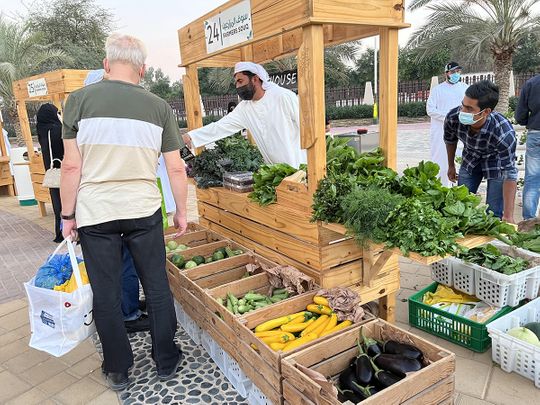 Watch: Have you been to Dubai’s new Farmer’s Market to taste delicious Emirati food and fresh produce?